The purpose of this study was to investigate urban movement patterns of the raccoon.  We fitted five raccoons with GPS tracking collars in a major urban metropolis (Toronto).  We collected coordinates at short regular intervals during a five-week period.  The data yielded large number of sample points for each animal (up to 1500 positions per animal), giving us an unprecedented detailed look at home-range usage and of movement granularity.  We found that raccoon territories were between 9 and 15 hectares and smaller than previously reported and that territories did not require a permanent source of water.  Urban road traffic patterns seemed to delimit the boundaries of the territories.  Raccoons used of a variety of natural and anthropogenic structures as sleeping or denning sites and each raccoon used many different sites within its territory during the study period.  Each site had a latrine in close proximity.  Our results illustrate the movement peculiarities and flags issues for management of this synanthropic species.
Collaborators:Also see the link to PBS Nature documentary "Raccoon Nation" featuring some of our research.  Also seen on CBC The Nature of Things with David Suzuki. 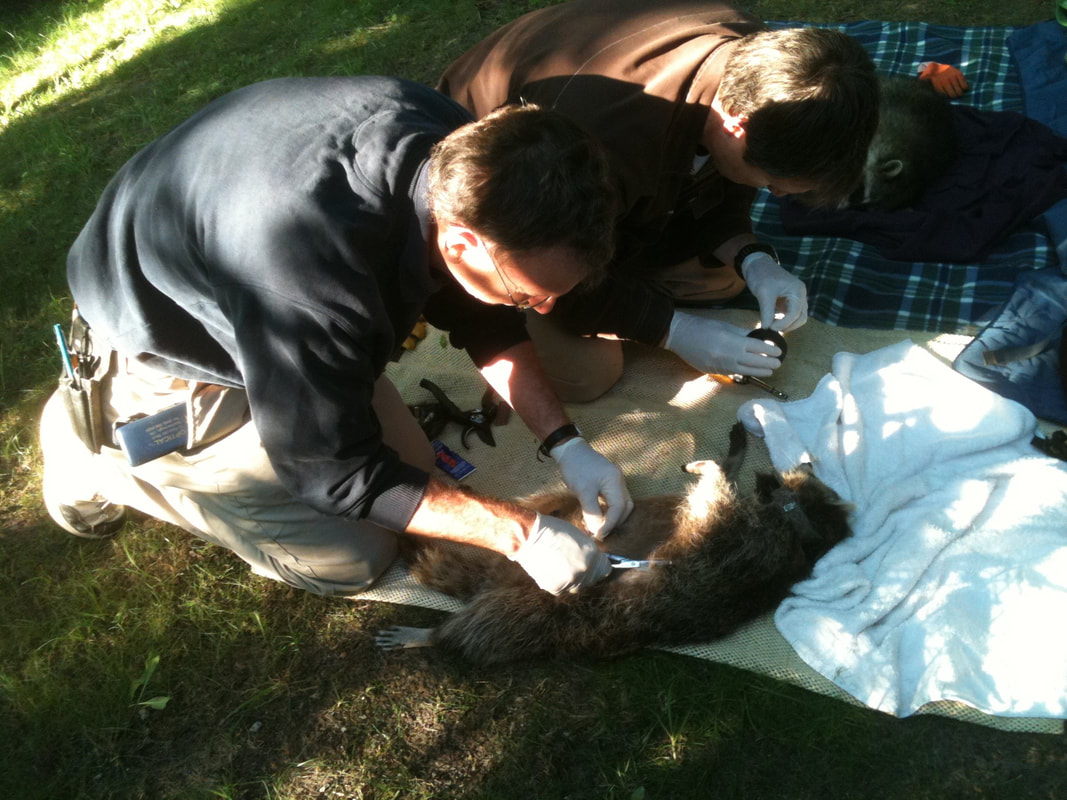